Constance Foore "Connee" Boswell (December 3, 1907 – October 11, 1976) was an American female vocalist born in Kansas City but raised in New Orleans, Louisiana. With sisters Martha and Helvetia "Vet", she performed in the 1920s and 1930s as the trio The Boswell Sisters. They started as instrumentalists but became a highly influential singing group during this via their recordings and film and television appearances[1]

Connee herself is widely considered one of the greatest jazz female vocalists and was a major influence on Ella Fitzgerald who said, "My mother brought home one of her records, and I fell in love with it....I tried so hard to sound just like her."[2] In 1936, Connee's sisters retired and Connee continued on as a solo artist (having also recorded solos during her years with the group).

Boswell was born on December 3, 1907 in Kansas City, Missouri.[1] The Boswells came to be well known locally while still in their early teens, making appearances in New Orleans theaters and radio. They made their first recordings for Victor Records in 1925, which included "Cryin' Blues" where Connee is featured singing in the style of her early influence, African-American singer Mamie Smith. The Boswell Sisters became stage professionals that year when they were tapped to fill in for an act at New Orleans' Orpheum Theatre. They received an invitation to go to Chicago and perform in 1928 and honed their act on the Western vaudeville circuit. When their tour ended, they traveled to San Francisco. The hotel that had been recommended had a less than savory reputation, and the man at the desk suggested that these three young ladies might be better off in another hotel. That man, Harry Leedy, part owner of Decca Records, would become the sisters' manager on a handshake and later Connee's husband.

The sisters traveled to Los Angeles, where they performed on local radio and "side-miked" for the soundies, including the 1930 production Under Montana Skies. They did not attain national attention, however, until they moved to New York City in 1930 and started making national radio broadcasts. After a few recordings with Okeh Records, they made numerous recordings for Brunswick Records from 1931-1935. In addition to the Boswell Sister's recordings for Brunswick, Connee herself was recorded as a solo artist and experienced several successful singles. In 1935, the Boswell Sisters had a #1 hit with "The Object of My Affection", the biggest of twenty top 20 records they would enjoy. In 1936, the group signed to Decca Records and after just three releases called it quits (the last recording was February 12, 1936). Connee continued to have a successful solo career as a singer for Decca but also later recorded for the new Apollo label (1947), RCA Victor (1956) and Decca subsidiary, Design (1958).

In addition to being a co-star on NBC Radio's Kraft Music Hall in 1940-41, Boswell subsequently starred in her own radio show on the NBC Blue Network (later ABC Radio) The Connee Boswell Show, (1944). In 1946 she was featured on CBS Radio Tonight On Broadway (1946).

Boswell was interviewed via phone by Bill Fisher on WOWO (Fort Wayne, Indiana). The acetate disk's label contained no date. But since her then new Decca single of "Begin The Beguine" was promoted in it, the date should be presumed to be 1952. All through her career with The Boswell Sisters, and into the early 1940s, her name was spelled "Connie". She later changed the spelling to Connee. Stories vary as to why she made the change (because it made it easier to sign autographs, or that she felt it was unique and would bring good luck).

Connee sang from a wheelchair - or seated position - during her career, due to either a childhood bout with polio or a fall from the back of a coaster wagon. The general public was not aware of her condition although Boswell herself did not keep this secret. During World War II, she tried to get involved with the USO tours but was not given permission to travel overseas. The Army thought it might not be a morale-booster to have a singer who used a wheelchair perform for the troops. She was frequently active in philanthropic efforts to bring awareness and support to those affected by disabilities, including support of the March of Dimes through recordings, personal appearances and television promotional spots.

Boswell was a favorite duet partner of Bing Crosby and they frequently sang together on radio as well as recording several hit records as a duo in the 1930s and 1940s. (Crosby and The Boswell Sisters first sang together in 1931 on a 12" medley of songs from the current George White's Scandals Broadway revue, issued on Brunswick 20102.) She and Crosby recorded a version of Alexander's Ragtime Band which was introduced by Eddie Cantor that was a #1 hit in 1938. This recording benefited the National Foundation for Infantile Paralysis, which would later become the March of Dimes. In 1939, Crosby and Boswell had three hit duet records that each climbed into the top 12 on Billboard; "An Apple for the Teacher" climbed all the way to #2.

Boswell had several dozen solo hits, including "Moonlight Mood" (1942). Her last charted hit was "If I Give My Heart to You" (1954). Boswell's career slackened in the 1950s but she still recorded occasionally and would be featured on a number of television broadcasts including Jazz Party (also known as "Art Ford's Jazz Party") and a regular stint on the 1959 series Pete Kelly's Blues as "Savannah Brown".[3] 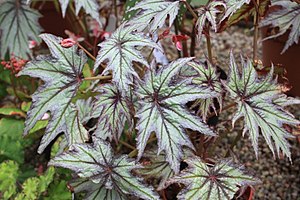 She was married to Harry Leedy and had no children. Her life was chronicled in the 2006 documentary short subject, Connee Boswell: Life is a Song, produced by Randall Riley. The film premiered during the Boswell Sisters Centennial in New Orleans in 2007. The documentary was also screened as La Vida es un Cancion in Spain at the Swing Sevilla Festival on April 2, 2016, with Spanish subtitles.

On June 25, 2019, The New York Times Magazine listed Connee Boswell among hundreds of artists whose material was reportedly destroyed in the 2008 Universal fire.[4]