original unedited "in the wild" artist interviews • with a searchable database

Shipped to you on a portable SSD

This is the full library of SwingThing shows - yours to own and do with as you please!

'Shipped to you on a Pocket Portable USB Drive. Fully compatible with Mac / PC and Linix.

Add shows to your Phone or iPod, iPad, or any iOS device, Mac or PC, so you can take SwingThing with you wherever you go.
You can even burn shows to CD!
Two complete libraries: one for iTunes, one for Broadcasters!

NO INTERNET CONNECTION REQUIRED
Installation instructions and videos are included along with our SEARCHnPLAY apps for Mac / iPad and PC.

CHECK OUT OUR BULK PRICING! 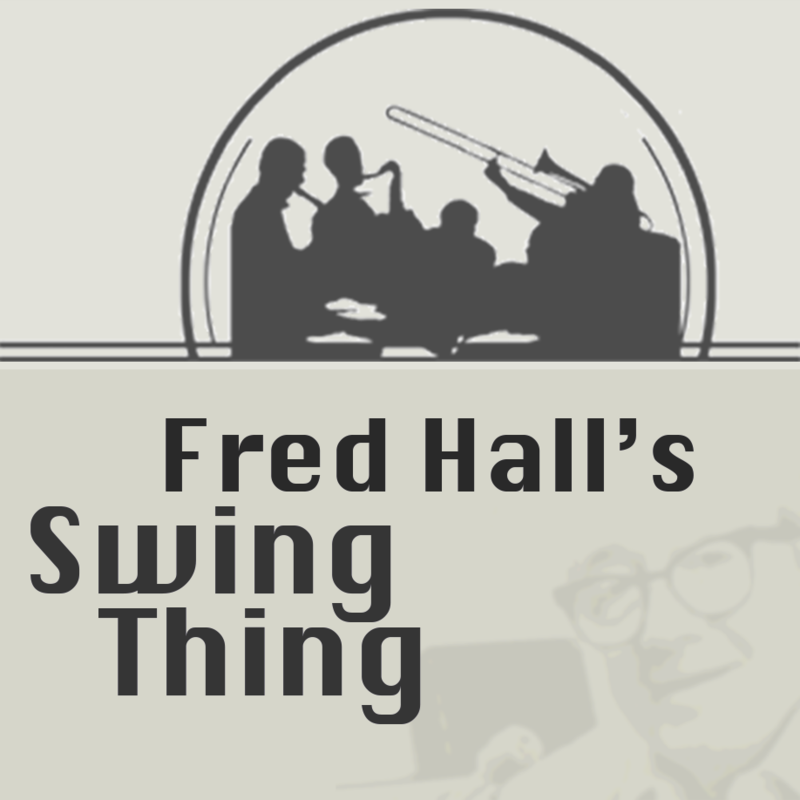 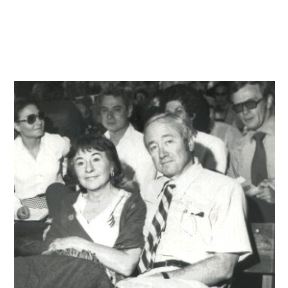 ‘in the making since Fred first interviewed Helen Forrest back in 1945. Since then he has done hundreds of interviews with the singers, song-writers, sidemen band leaders and arrangers directly involved in the ongoing evolution of that uniquely American musical idiom including it’s many off-shoots and derivitives that we now call Swing. These remarkable shows span the entire gamut of early American music, which includes Swing, early Jazz, and Dixieland.

About Fred – Excerpt from his introduction to Dialogues In Swing

I had grown up with music. A sister played in string quartets, we never missed the NBC Symphony or New York Philharmonic broadcasts and I listened far too late each night to the dance band remotes from the Blackhawk in Chicago, the Hotel Pennsylvania and the Lincoln in New York, the Meadowbrook in New Jersey (especially Saturday afternoons), the Steel Pier in Atlantic City and dozens of other glamorous and far-off ballrooms and nightspots. I’d wear earphones to protect the rest of the household and rejoice with Benny Goodman and Gene Krupa and Artie Shaw and the Dorseys and Duke Ellington, Count Basie, Glenn Miller, Alvino Rey, Jimmy Lunceford, Glen Gray, Teddy Powell, Ray McKinley and Will Bradley with Freddie Slack and more and more and more. By 1941, I was much closer to these greats. By then, in my town of Washinton, D.C. I was engineering radio remotes myself.

Then, wonder of wonders, I began getting assignments out-of-town, to many of those same hotels and ballrooms. From then on, my headphones became a part of me. All the while, every spare nickel from my lean ($16.00 a week and all the free beer I could drink) radio station salary went to collecting records. Most often, I’d get them second hand from stores that disposed of used jukebox records. For a nickel you could get the latest Fats Waller or Chick Webb, Bob Crosby or Larry Clinton (with my favorite singer of the time, Bea Wain). When Pearl Harbor came, I was among the first to broadcast the bulletin on WWDC and, within a month, I was in the Navy. After a lot of technical training, largely in then-new RADAR, I was in the South Pacific and ship repair.

But soon entertainment radio came back into my life, first through AES Noumea, run by the Red Cross and commandeering one of our communications transmitters. Then the Armed Forces Radio Service took over and we built the “Mosquito Network”. I got assigned full time to this project and began to be on the air day and night. I even began to lose (with considerable effort) my Southern accent. War over, I left the Navy in late 1945 to build the first in a series of radio stations in New Mexico and California. More and more I moved into programming. I took free-lance assignments from Mutual and ABC Radio over the next thirty years and developed an interview technique (empathy and lots of advance research, not confrontation) while covering mostly politicians all over the nation.

By the time I was running my own stations in California (KVEN, 1948) I had honed that knack to the point that I was ready to talk with the people I had wanted to interview all along, my heroes: the band leaders, the soloists and sidemen, the singers, arrangers and composers who made swing swing!

In 1972 I and my son Timothy built a radio station in Ojai California (radio KOVA). It was at that time I began recording air-checks of my weekly Swing Thing broadcasts - pulling from old and new recordings along with personal interviews of the artists - many conversations taking place in impromptu casual settings, over drinks.

THE FOLLOWING IS TAKEN FROM GENI.COM...

Fred HALL Fred Hall - broadcaster, radio station owner, jazz and swing band authority, author, creator of the nationally and internationally known "Swing Thing" died peacefully on December 19, 2003 at a Ft. Bragg, California hospital. Appropriately, he died in bed with his headset on, listening to one of his tapes of "Swing Thing". He was 80 years old at the time of his death, Hall was a master of the interview technique, using it extensively when he was a Mutual Radio broadcaster with Robert Trout; in his coverage of most party conventions and presidential races; as the author of the definitive Dave Brubeck biography; and in his popular books, "Dialogues in Swing" and "More Dialogues in Swing". He was the "ex-officio mayor" of Ojai, California, serving as the sponsor and jazz-swing impresario at Ojai's annual jazz festival. "Open House at the Halls" became a singular event in conjunction with the jazz festival, drawing many of the jazz and swing band stars. He was broadcast locally for many years on Bob Carroll's KSRN and is still broadcast on weekends on Carrol's KBDB. He lived at South Lake Tahoe and also in Carson City with his wife, Gita, the noted lyricist and screenwriter, who died in Carson City two years ago. In his latter years, Fred was cared for in Ft. Bragg by his son, Tim, who was with him when he expired. Among his many friends were Dave Brubeck, Artie Shaw, Jo Stafford, Toni Tenille and the Captain, the late Peggy Lee and Paul Weston and countless other stars of the big band era. At his request there will be no funeral or burial services.Reno Gazette-Journal, Reno, Nevada, Friday, Jan 9, 2004 • Page 30

Fred Hall, who helped to launch Ventura County's first radio station and turned his love of big band-era music into a nationally syndicated radio program, died Friday in Fort Bragg. He was 80.

Known for his interviews with some of the most famous musicians, bandleaders and singers of the 1930s, '40s and '50s, Hall lived in Ojai for about 40 years. He moved to the Lake Tahoe area in the late 1980s, then to Fort Bragg last year, when his health began to decline, to be near his son, Tim.

A native of Asheville, N.C., Hall was one of the original owners of KVEN-AM 1450. Besides helping to build the station's first studios in Ventura's Pierpont Bay area in 1948, he served as a disc jockey, its chief engineer and program director. Hall also singlehandedly ran KVEN's news department and for many years was the only radio reporter covering Ventura County news, Tim Hall said. He became interested in radio as a child and it quickly became his passion.

"It was the one thing that just hooked him. He loved everything about it," he said. "He was your local Walter Cronkite kind of guy."

Born May 22, 1923, Hall attended schools in the South and joined the Navy in the late 1930s. Assigned as a radar instructor, he continued to study radio and eventually was sent to the Armed Forces Radio Service and spent much of World War II broadcasting from New Caledonia.

Long a fan of swing-era music, Hall interviewed some of its most famous performers while he was with Armed Forces Radio and began amassing what would eventually become thousands of recorded interviews with people such as Glenn Miller, Benny Goodman, Artie Shaw, the Andrews Sisters and Les Brown. A frequent emcee at USO shows during and after the war, Hall became friends with many of the musicians and started to become known as an authority on their music.

When the war ended, he helped to launch radio stations in the Washington, D.C., San Francisco and New Mexico areas before coming to Ventura to start KVEN, the county's first local radio station. Along with his daily music program and local news broadcasts, Hall also worked as a freelance reporter for the NBC and Mutual radio networks.

He eventually sold his interest in the station and left it in 1970 to start KOVA-FM (105.5) in Ojai, running it for about 15 years. In 1971 he began selling to other stations "Swing Thing," a KVEN show featuring some of the interviews he had done over the years. At one time he syndicated it to stations in about 70 markets, his son said.

He recorded more than 1,000 shows that are still being carried in 12 markets, including Santa Barbara.

The shows can also be heard on Tim Hall's Web site, www.swing-thing.com.

Besides Tim Hall, Fred Hall is survived by another son, Michael, of Lake Tahoe. His wife, Gita, died in 2001, and a daughter, Jane, in the late 1980s.

At Hall's request, no services are planned, his son said.